Of note, marketed follow-on discounts have steadily declined from January of this year. Discounts in January were -23.7% and have come down to -5.9% in May and -8.2% in June. 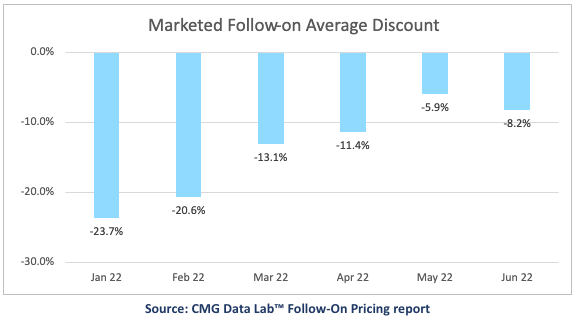 Going back to 2006, marketed follow-ons have had an average discount of -11.0%. Interesting that in January and February those discounts were much steeper than the historical average while today’s discounts are well under that historical average. This could signal a renewed appetite for ECM offerings at today’s stock prices. Brazilian Electric Power Co. priced the largest marketed follow-on of the month, a $5.9B deal on June 9, with a​ -7.0% file to offer discount.

We want to hear from you.